The Criterion Channel announced its inaugural month’s programming. At launch on April 8, they’re doing a spotlight of the day feature. Sometimes a single movie, sometimes a recommended list to pick from. They’re going to have a somewhat static back catalog (probably the stuff Janus has distribution rights on versus the titles Criterion licenses from studios, but it’s probably technically the best stuff they have—it’s the Kurosawa, Bergman, Tati, Fellini—but also some studio licensed stuff). But you’re going to be able to tune on a particular day and get something a little different than the day before, which sounds cool. In some ways, The Criterion Channel solves my big problem with Criterion—they don’t have any great mainstream acquisitions anymore. Criterion was very responsible for Wes Anderson back in the Rushmore days. But they also don’t have interesting genre acquisitions either.

Maybe I’m just angry they bothered with a Magnificent Ambersons instead of using it to spearhead a budget line. Whatever. 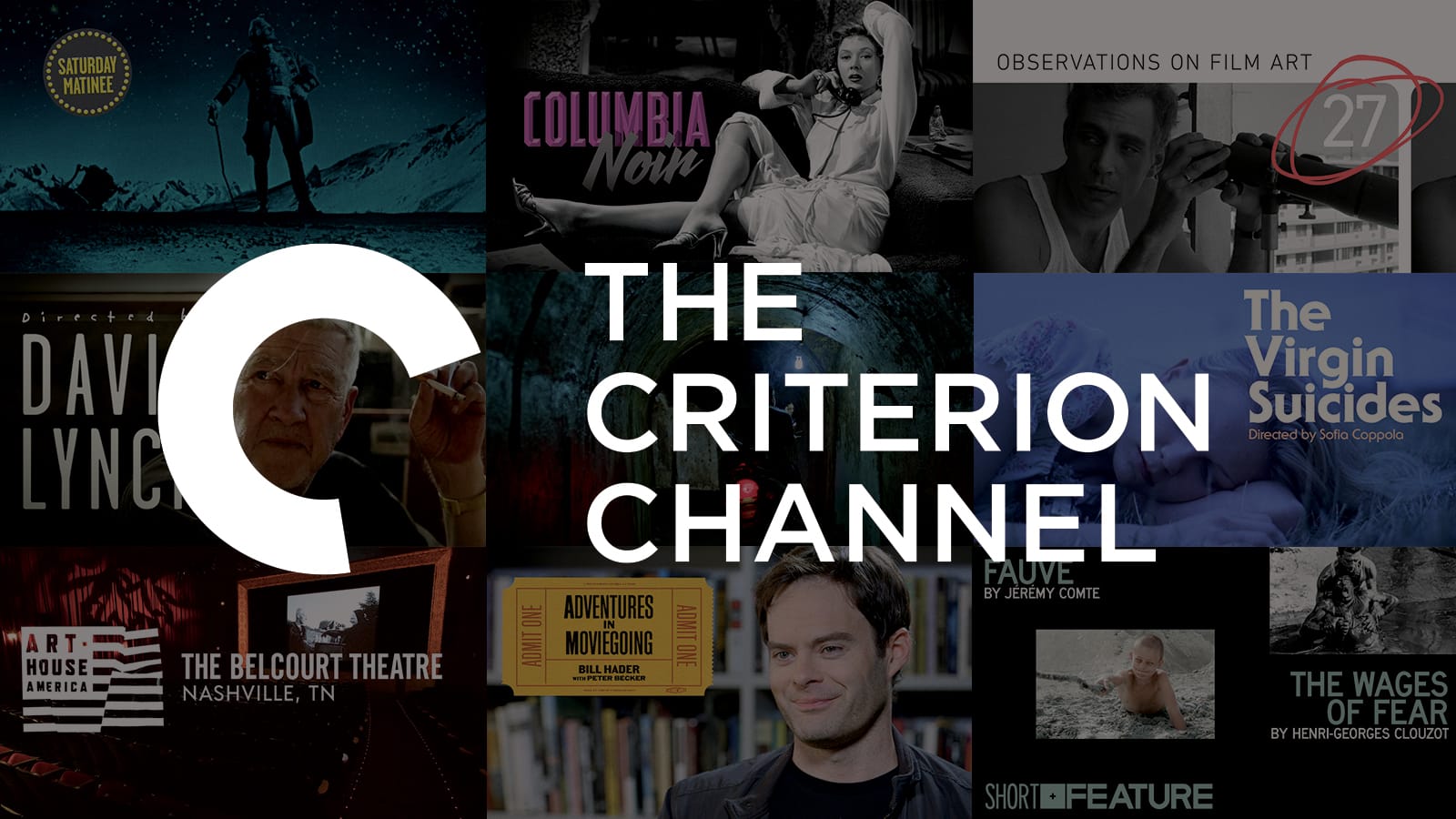 I thought it might be fun to pick out highlights in the Criterion Channel program.

The David Lynch thing is a little too onboard for week one but whatever. I wonder if the Saturday night “kids” programming keeps up.

I just missed the Saturday theme. Whatever. It’s a good mix. I want to see Kaili Blues.

Okay, awesome. Like, Criterion Channel is, by week three, programming something fantastic.

Fourth week, April 28 – 30. Simone Signoret (Diabolique and Army of Shadows and five more), “Observations on Film Art No. 26” (a streaming only series?), then Chantal Akerman.

Plus whatever else the rest of the week (in May).

I hope this works out.