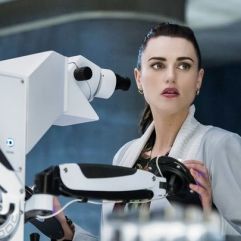 This episode ought to be called “The One With All the Whining.” First, there’s still Lena (Katie McGrath) whining—entirely to her super-Echo—about how Kara never told her the Supergirl thing. McGrath’s new plan is to pretend everything’s cool and exploit Supergirl’s friendship. Of course the scenes with Melissa Benoist being earnest and caring about Lena and McGrath pretending the feeling is mutual are much better than the ones where McGrath’s whining and plotting. Musing about plotting. She doesn’t even get to really plot; plotting wouldn’t help, as the show seems to either not comprehend McGrath’s inherent likability as a Supergirl/Kara ally or just not want to do it for bad character development. Bad character development in two ways—it’s bad, and also McGrath is on a villain arc now.

But this episode also amps up the whining with Alex (Chyler Leigh) and her new girlfriend, Azie Tesfai. Tesfai’s character’s name is Kelly but basically she’s just Alex’s girlfriend and James’s sister. She’s got nothing else going for her character development-wise, though I suppose she could provide worse support when she’s using her lab’s future science to try to figure out why J’onn can’t remember his brother. See, Leigh is freaking out because she and Tesfai don’t know each other very well and Leigh made blueberry pancakes and Tesfai is allergic. If it were a show about obsessing over every item in your day, it might be all right… but it’s “Supergirl.” It’s supposed to be about something else… ostensibly super.

Tesfai and David Harewood (whose J’onn is on an even shakier character arc than last season, which is saying something) are fine together, but it’s a problematic subplot. Maybe because the Martian brother thing is so dumb. Like, is he really going to be the season villain? Because he’s a terrible villain. And the Martian CGI is way too iffy for 2019.

Harewood gives “Supergirl” some of its respectability cachet and the show rewards him with the worst plot lines. 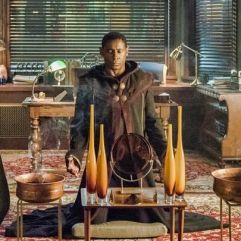 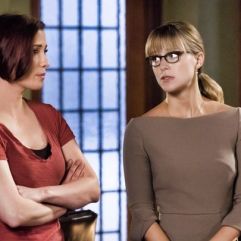